With that being the case, today, I’m going I’ll dive into the specific myth that steel toe boots can or are designed to cut your toes off.

I’ll also demonstrate why they’re a really good idea, and for most construction or heavy industry jobs, you’re way safer with them than without

Let’s get into why that’s not true!

Can Steel Toe Boots Cut Your Toes Off?

No, steel toe boots are not designed to cut your toes off. Yes, there are theoretical situations that could happen, but even in those hypothetical situations, the amount of force required to sever your toes would have already broken your foot into a pulp first.

Steel toe boots are very safe and we go into detail in this article.

This is such a widely spread myth that it even got its own episode on the popular show “Mythbusters.”

For those interested in seeing that, you can check it out here; unfortunately, it’s behind a YouTube paywall, and I can’t help you with that.

Why Do People Say Steel Toe Boots Cut Your Toes Off?

In 2002, an Australian worker lost his third toe when pipes fell from a forklift onto his foot. He was wearing steel toe boots but still lost a toe. This is one example of someone who lost their toe while wearing steel toes, but it’s highly inaccurate to blame the toe cap for the problem.

In instances such as this, think differently rather than pointing to the toe cap as the reason for the injury.

Imagine what would have happened to that man’s feet had he not been wearing work boots.

In all likelihood, he would have lost much more than a toe; it might have been his entire foot instead.

What about Amputation as a Result of Wearing Steel Toe Boots?

Research published in the American Orthopaedic Foot and Ankle Injury showed that wearing a steel toe cap did not produce any amputations.

The number of fractures compared to NOT wearing a steel toe were also significantly different.

Why Are Steel Toe Boots a Good Idea?

I’ll be using more than one example outside of the world of footwear in this article to demonstrate my point.

The first is the WWII mathematician/statistician Abraham Wald. Wald (among others) was tasked with figuring out where to put more armor on US planes.

At first glance, it appeared the wings and fuselage needed armor while the engine area was fine, taking far less enemy fire.

Wald brilliantly objected and said the engine area was the place that should get more armor because the planes taking engine hits weren’t making it back to base to be included in the statistics.

His assumption proved correct, and the US quickly saw a reduction in planes lost when they outfitted planes according to Wald’s predictions.

While this example is a little off-base, many construction workers, who often love WWII history, will get the point.

Those injured while wearing soft toe boots are simply left out of the statistics and conversation because it’s unrelated to steel toes.

Conversely, those who have injuries prevented by steel toes often don’t even consider them to be near-misses.

They have something fall, crush, or smash their toe cap and just keep working. Why? Because the toe cap is doing its job properly.

Steel toe caps do such a good job of keeping workers’ feet safe. So much so that we tend to focus on the few instances where they don’t work perfectly.

At the same time, we ignore the times they keep us safe because they’re not noteworthy; we didn’t experience pain.

How Do Steel Toe Boots Protect You?

Steel toe caps redirect the energy of impacts and compression around and down the sides of your foot towards the floor.

The amphitheater shape of toe caps works like a dam holds water; the curvature strengthens the structure when force is applied.

You might want to read our article on how steel toe work boots work to get more of an understanding.

The video above, while demonstrating how curved dams work to resist the pressure of water, works exactly as steel toe caps work.

They redirect energy around the toes to prevent falling or rolling objects from collapsing the top of the toe cap.

The same properties have been applied in building construction since the time of ancient Mesopotamia, Greece, and Rome.

Builders came to realize the ability of arches to resist a substantially greater amount of weight than a post and lintel structure alone (pillars with a support beam meeting the posts at a 90-degree angle).

Although showing the construction of a building, the diagram below demonstrates how the arch shape found in steel toe caps works.

Instead of accepting pressure head-on, it directs it down and out 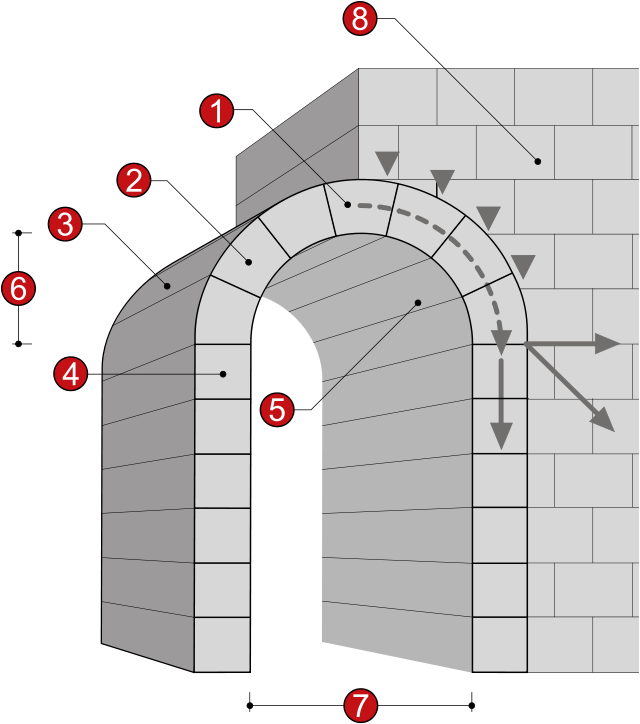 If you’re interested in seeing real-life demonstrations of how steel (or safety) toe shows stand up against soft toe boots, check out the video below.

If you don’t have time for all that, there’s a quicker version just below that essentially does the same demonstration.

If you need any further proof, how about, say, shooting a steel toe boot with various firearms?

The video below put a pair of steel toe boots to the ultimate test, and even after repeated blows, they performed amazingly.

Why Are Steel Toe Boots Required By OSHA?

OSHA requires protective footwear to reduce the likelihood of workers being injured on the job.

This work boot style protects feet from countless situations where your toes could be cut off or broken to pieces.

The chances of being saved by toe caps are way higher than harmed.

Are There Times Where Steel Toe Boots Are a Bad Idea?

Yes! Those working on scaffolding, extension ladders, A-frame ladders, and other positions where mobility and flexibility matter most might want to avoid steel toe boots.

This is highly dependent on the specifics of one’s job, and you’ll need to see what your boss and OSHA say.

I’m speaking from experience on this point, as I ran a residential construction and painting company for years.

I spend a lot of time on ladders, awkwardly stretching my body at varying heights from the ground.

I used a pair of soft-toe cement construction boots for my work.

Safety is a spectrum, not a hard point. As I’ve discussed in other articles, the best boot for the job depends on the job!

Your best option is to follow your safety requirements.

The wedge boots preferred by ironworkers would be horribly unsafe for loggers.

Likewise, logger boots would be horribly unsafe for ironworkers.

In my instance, I wasn’t working around heavy machinery, nothing was being moved above my head, and I was usually with one or two employees, at max.

These factors mitigated the risks incurred by most construction workers, so my biggest risk was that I wasn’t nimble on my feet.

That’s not to say I never dropped anything on my feet, I did, but I wasn’t working with anything like the heavy pipes that took that Australian man’s toe.

During my time working for a mason in my younger years, I wore Thinsulate-lined, composite toe boots that protected me from the cold and falling objects.

While a steel toe cap severed a worker’s toe in one documented instance, it’s not a risk you should worry about.

It’s far more concerning to head to work with only leather and rubber protecting you against falling or crushing objects.